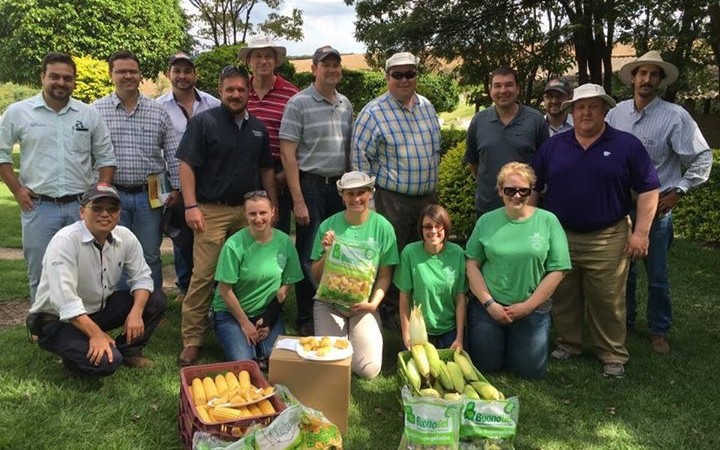 I have heard for years in agricultural circles that Brazil is a “sleeping giant”. Until this trip, I had no idea how true those words actually were. I had heard stories of farms expanding exponentially by clearing the Amazon Forrest and how American companies were starting to invest in bringing equipment and technologies to this developing country. I had in my mind how American farmers were moving to Brazil after being fed up with regulations and other problems in the US and how these farmers were big players when it came to soybean production. I had no idea how wrong I was…

Agriculture in Brazil is big. With a tropical climate, abundant land, and overflowing reserves of natural resources Brazil is taking the lead in agriculture production around the world. Their growing season is nearly year-round and they expect to get 2 crops (and sometimes 3) off of a field in the same year. And Brazilian agriculture is diverse. Our travels this week have centered in Sao Paulo State in central Brazil. This region not only grows the staples of soybeans and corn, but we saw many acres of sugar cane, coffee, vegetables and grass for cattle. It is this diversity that has helped Brazil lead the world in exports for 9 different crops.

While Brazilian agriculture will continue to expand and use technology to become increasingly efficient, there were 3 issues I experienced this week that may have a bearing on how it moves forward in the future. 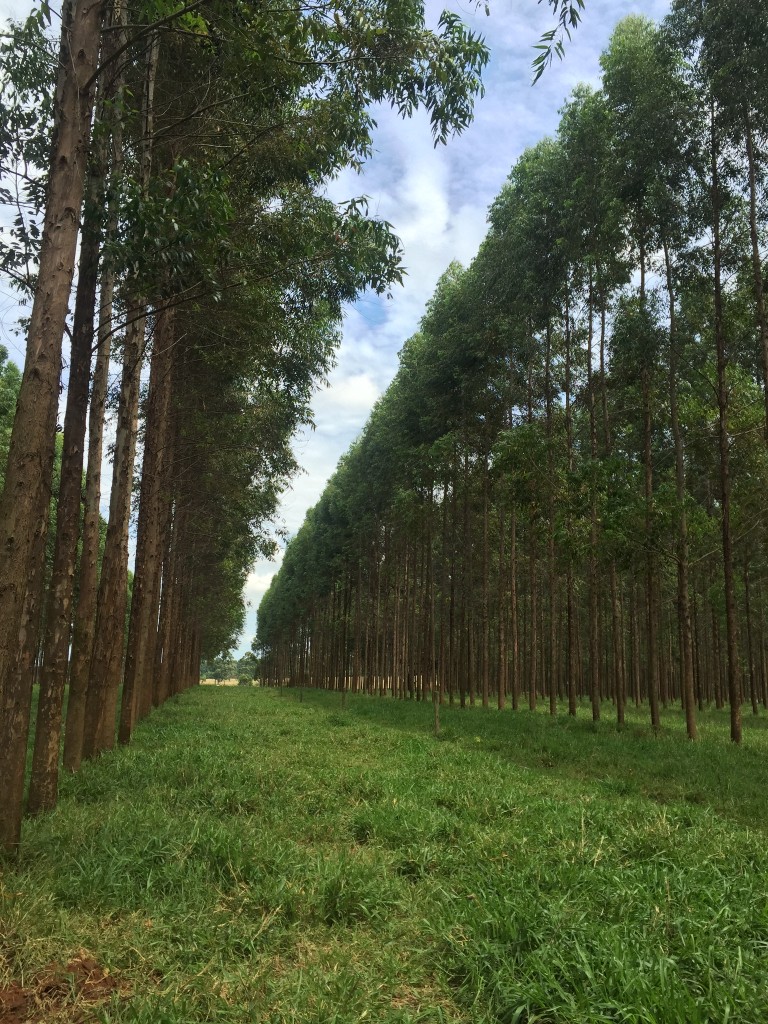 Everywhere we went this week and everyone we talked to was excited about Brazil being a leader in taking care of the environment. In 2012, Brazil strengthened their deforestation laws so that 65% of the land would remain in reserve/conservation. In many cases, this required farmers to replant forest that had recently been broken out. We toured a research farm where studies were being performed on integrated cropland/pasture/forest systems that would make their land more productive and try to lessen their carbon footprint. We toured a John Deere plant where they will be using technology to address the greenhouse gas emissions of equipment as farmers move away from older equipment. It truly will be exciting to see if Brazilian farmers can adapt to all the environmental theories while maintaining their track of agricultural growth.

One thing that struck me was how many people a farm would employ in Brazil. From tending to the growing crop to transporting the grain to the market, there seemed to be a much larger percent of people who worked for the farm versus owned the farm in Brazil. And this phenomenon seemed to exist throughout all Brazilian industry. The result was a country of people who were united in worker’s rights. Things like a mandatory 6 month maternity leave and a maximum 10 hour workday made me wonder if they could maintain a productive society as laws progressed.

While the roads we traveled in our bus were fairly adequate, it was very apparent that infrastructure would determine how productive a farmer could be in the future. We visited a soybean field where the nearest elevator was 400 km (250 miles) away. When we did get off the
highway we quickly realized that most dirt road are maintained by the farmers and it was tough to get trucks over the hills that the crops were grown on. Also, with 60% of the country’s soybean production being exported, most farmers had to get their crops to the ocean ports. I know the infrastructure will continue to improve, but how fast will determine whether Brazil can continue to compete in the world market.

In general, coming to Brazil has been quite an eye-opening experience. It was an honor to be received by the people like we were and was exciting to experience a culture of optimism, pride and resourcefulness. Thank you to American Farm Bureau and Monsanto for the opportunity. This week has been one that the members of Partners in Agriculture Leadership Class 8 will not forget!