And the race is one . . . our first calf of 2014 arrived Thursday (Jan. 2) to one of our heifer calves still grazing on stalks. While we expected calves to begin arriving the second half of this month, we often have one or two early arrivals. Since this is our first calf, we have named it Uno. 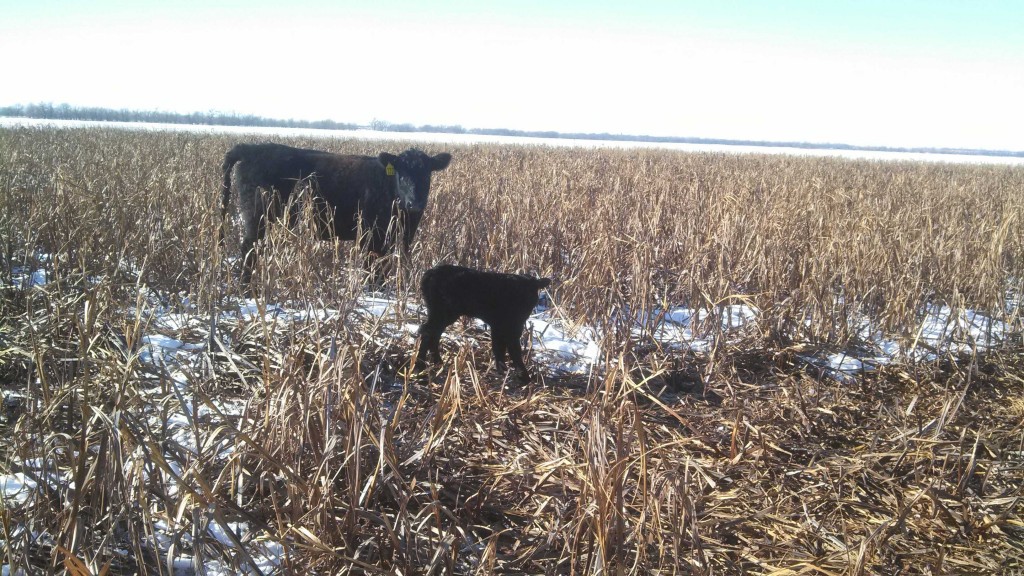